The Politics of Resentment 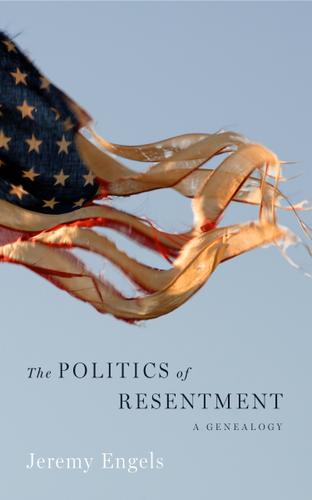 In the days and weeks following the tragic 2011 shooting of nineteen Arizonans, including congresswoman Gabrielle Giffords, there were a number of public discussions about the role that rhetoric might have played in this horrific event. In question was the use of violent and hateful rhetoric that has come to dominate American political discourse on television, on the radio, and at the podium. A number of more recent school shootings have given this debate a renewed sense of urgency, as have the continued use of violent metaphors in public address and the dishonorable state of America’s partisan gridlock. This conversation, unfortunately, has been complicated by a collective cultural numbness to violence. But that does not mean that fruitful conversations should not continue. In The Politics of Resentment, Jeremy Engels picks up this thread, examining the costs of violent political rhetoric for our society and the future of democracy.

The Politics of Resentment traces the rise of especially violent rhetoric in American public discourse by investigating key events in American history. Engels analyzes how resentful rhetoric has long been used by public figures in order to achieve political ends. He goes on to show how a more devastating form of resentment started in the 1960s, dividing Americans on issues of structural inequalities and foreign policy. He discusses, for example, the rhetorical and political contexts that have made the mobilization of groups such as Nixon’s “silent majority” and the present Tea Party possible. Now, in an age of recession and sequestration, many Americans believe that they have been given a raw deal and experience feelings of injustice in reaction to events beyond individual control. With The Politics of Resentment, Engels wants to make these feelings of victimhood politically productive by challenging the toxic rhetoric that takes us there, by defusing it, and by enabling citizens to have the kinds of conversations we need to have in order to fight for life, liberty, and equality.